Should you use household coal in your wood-burning or multi-fuel stove? 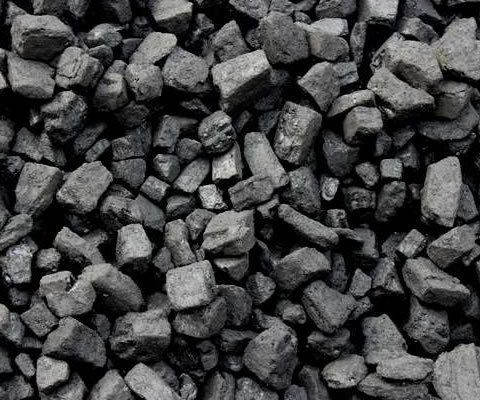 As a Diploma Approved Coal Merchant we are able to provide qualified advice on solid fuel products and their use in open fires and stoves. Firstly, it should be noted that your appliance's manufacturer supplied manual should provide details of what you should and should not burn in your stove.

Coal and Wood-burners DO NOT Mix:

Household coal and smokeless fuels should not be burnt in a wood-burner... the hint is in the name. There is one elemental difference between a wood-burning and multi-fuel stove, and this lies in the design.

Wood is burnt on a flat floored stove, whereas multi-fuel burning takes place on a raised grate. The reason for this is that wood fuel requires air from above to initiate combustion, whereas coal and smokeless fuel require air from both above as well as an escape route for the ash which inevitably builds up over time

So what about my multi-fuel stove, can I use household coal on it?

We would strongly advise against burning household coal in your multi-fuel stove, the reason for this is that, when coal is added to it has a delayed burn, in other words it does not immediately start to burn. What it does do, is release a large quantities of thick highly volatile yellowish-grey smoke, which fills up the chimney flue.

This is extremely dangerous, as when the smoke reaches a high temperature it can cause an explosive flash. The force of the blast can blow out the stove glass or even blow open the doors of your stove.

If you have burnt household coal before but have not suffered an explosive flash, you will still damage the inside of your stove. The volatile smoke released by the coal can still catch fire and can burn for up to 30 minutes. This can result in a twisted baffle, warped grates, cracked liners and misshapen retainers.

For this reason, household coal should only be used on open fires.

What should you use instead of household coal?

Smokeless fuel is our recommended fuel for multi-fuel stoves and here is why;

Smokeless fuels give out a higher heat and can last as much as 40% longer than coal. not to mention burning premium smokeless fuels is much more cost effective than ordinary coal and will actually work out less expensive over the course of a year. The heating efficiency on an open fire is 37%, using a preformed smokeless such as Excel compared to the 28% generated by traditional house coal. If you were to use the same fuel on your multi-fuel stove this figure leaps up to 65%. This means more heat makes it into your room rather than being wasted up the chimney. This, coupled with the fact that Excel burns 40% longer than house coal, means that you end up using less fuel and spending less money to create your required heat. Switching to premium smokeless coal can cut your heating bills significantly over the course of the year. And a minor point – You spend less time re-fuelling the fire.

When burning house coal on a closed appliance the tar and smoke particles released during the lower temperature lighting and refuelling periods can find their way onto the stove glass. While most modern appliances have pre-heated airwash capabilities to keep the glass clear even the best system will struggle to cope with the volume of tar and dust generated by burning house coal. The end result is that the appearance and enjoyment of your expensive multi-fuel stove is greatly diminished.

You can buy solid fuel online via www.pearsonsofduns.co.uk, Open 7 days